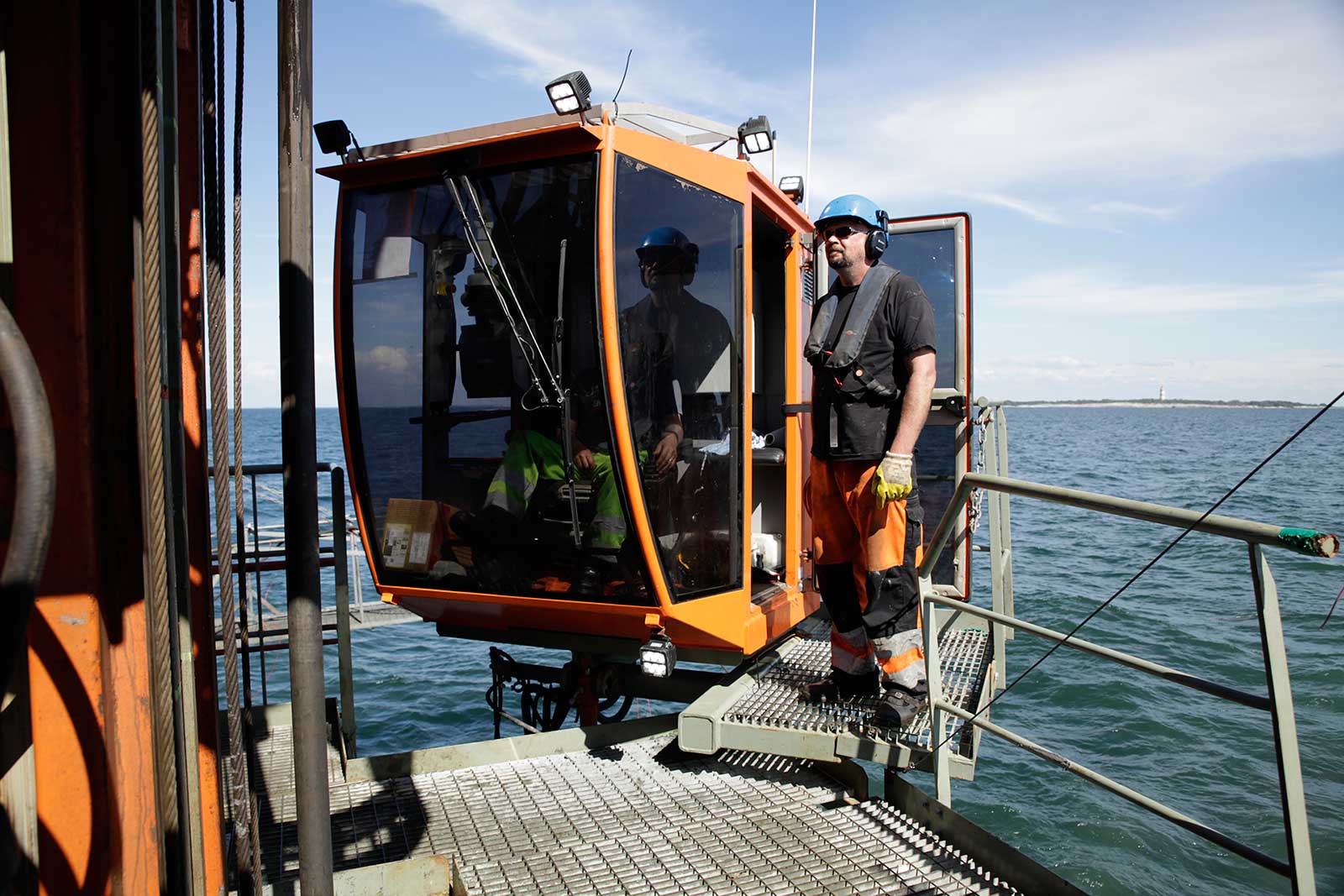 Wasa Dredging works as a marine offshore and inland water construction company operating mainly in Scandinavia and the Baltic region. We are actively striving to access the markets in Europe as well. Our main line of business is capital and maintenance dredging of fairways and harbours. Underwater blasting and dredging of hard material are our specialities.

How we got started

Wasa Dredging was founded in 1985. The company is fully independent and privately owned. The company designs, manufactures and uses its own dredging equipment. With its main equipment dating from 2010 and later, the company offers effective and reliable tools for the job. In 2016, Wasa Dredging generated sales of about 38 million euros. 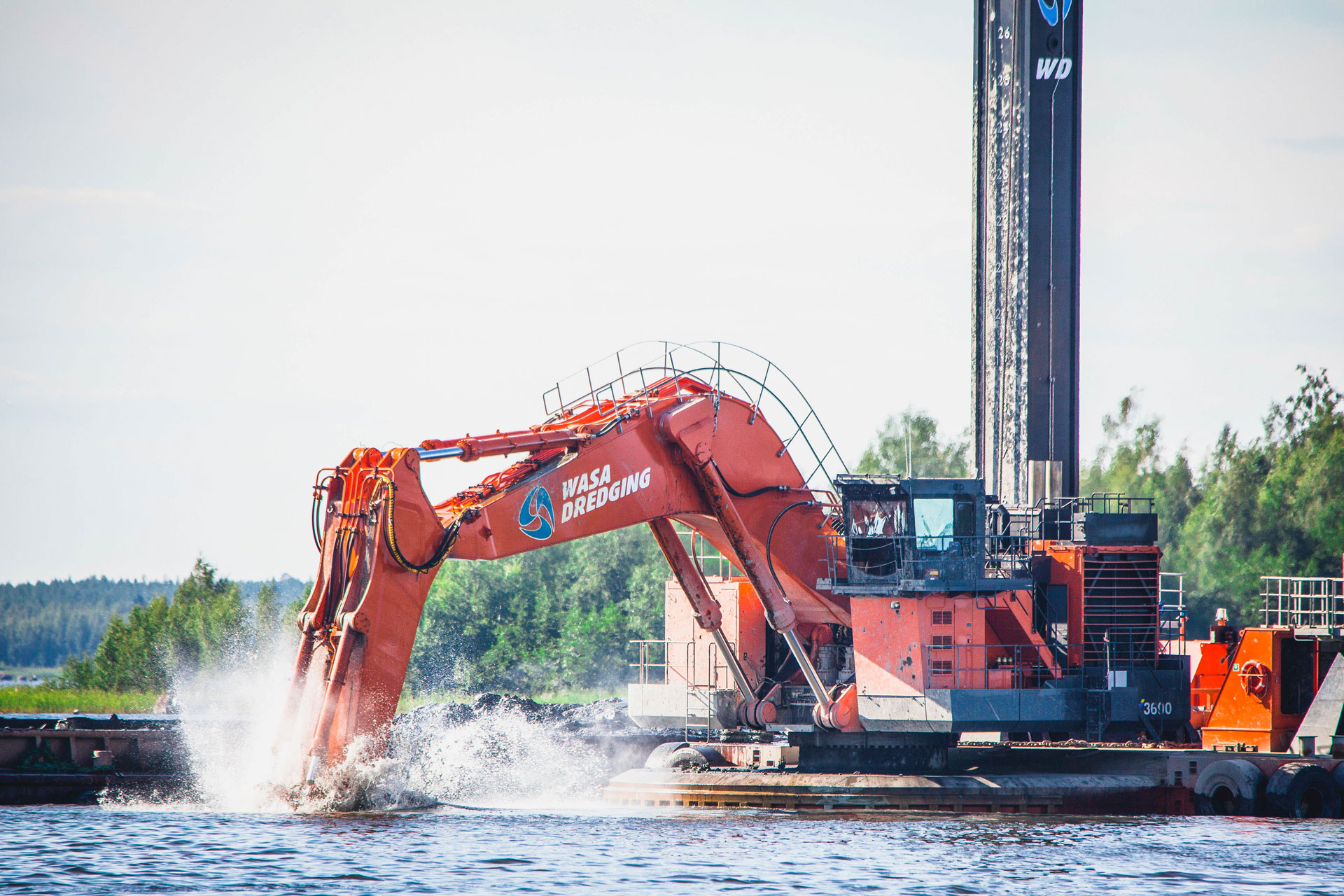 The 35 year history of Wasa Dredging began in the mid 1980’s when current CEO Kristian Backlund started the company. The company has since that time rapidly grown from being a small-scale local dredging contractor to taking on large-scale international dredging projects. Today the family owned company is steadily growing while taking on larger and more complicated maritime projects such as the capital dredging of Kokkola fairway in 2018 or the major dredging works performed in the Mälaren area in 2021.

The organisation today consists of highly skilled professionals with vast experience of the dredging business, this know-how can be found all the way from the top management to the operators handling the equipment.

The equipment is modern, newly build and designed by Wasa Dredging specifically for the type of dredging we perform on a day to day basis.

Below are some of the more important milestones:

In 2009 Wasa Dredging started the design and construction of two brand new pontoons: “Hector” and “Boulder”. Simultaneously two new 940 m³ split-barges were constructed. Both Hector and Boulder are still in service today as combined drilling and dredging pontoons. Hector features a Hitachi EX2500 250 ton Hitachi excavator while Boulder features an EX1200 120 ton excavator. Both units are fitted with drill-towers to be able to handle the blasting of underwater rock. Both units are capable of single-handily taking on jobs that include both dredging and blasting works.

In 2014 Wasa build their biggest dredger yet, “Optimus”. Optimus was fitted with and EX3600 360 ton Hitachi capable of handling buckets up to 22 m³ and going as deep as 29 meters. Optimus was first taken into service during the Pietarsaari project and proved itself to be a massive increase in the capacity of Wasa Dredging equipment.

In 2017 the first self-propelled barges were built. “Sinann” and “Boann” boasted a hopper volume of 1001 m³ and allowed for faster navigation in rougher weather conditions. The pair was taken into service during the expansion of the Kalundborg Port in Denmark where the distance to the dumping area exceeded 17 km.

In 2018 Wasa bought the “Transport 52” from Secora in Norway. The dredger was later named “Harald”. Harald is equipped with an EX2500 Hitachi, same as Hector. Harald started working during the fall of 2018 in Kokkola, Finland. Harald has during the last few years been rebuilt and modernized to meet the Wasa standards.

In 2022 Wasa is constructing a new multi-use support platform “Balder” than can be used for land reclamation work, on-water construction or even blasting and dredging work.

Today the fleet consists of four dredgers, two of them being drilling/backhoe combinations, eight split hopper barges, two of them being self-propelled and a range of auxiliary equipment such as the multi-purpose platform “Kampela”, two barsweeping vessels and five crewtransfer/survey boats. This family of high-end, modern equipment will get it’s newest member “Balder” in 2022.

Our staff consists of experienced professionals

Carefulness and thoroughness are the foundations of the know-how of our company. Our quality system has been built to cherish our know-how and serve our customer’s needs. The quality of our work is a point of honor to our company. We have also taken very special care of the environmental issues in our field of work. We believe that continuous development of environmentally friendly tools and methods serves us all. Our quality system follows the requirements of the ISO EN 9001 and ISO EN 14001 standards, Wasa Dredging is certified for ISO 9001.

Our customer and partner network is continuously expanding

We are now actively expanding our market to the whole of Europe. Our customers include the former Finnish Maritime Administration (Liikennevirasto), The Maritime administration in Norway called Kystverket, cities, local communities and major building companies. A long term customer relationship in both the public and private sector displays the quality of our work.

By following up and further developing our quality system, we want to ensure quality, environmental sustainability, profitability as well as the satisfaction of our customers. We follow the development within our field, and strive to offer our customers the best know-how and skills in the market. Our personnel receive dedicated HSE training courses at regular intervals.